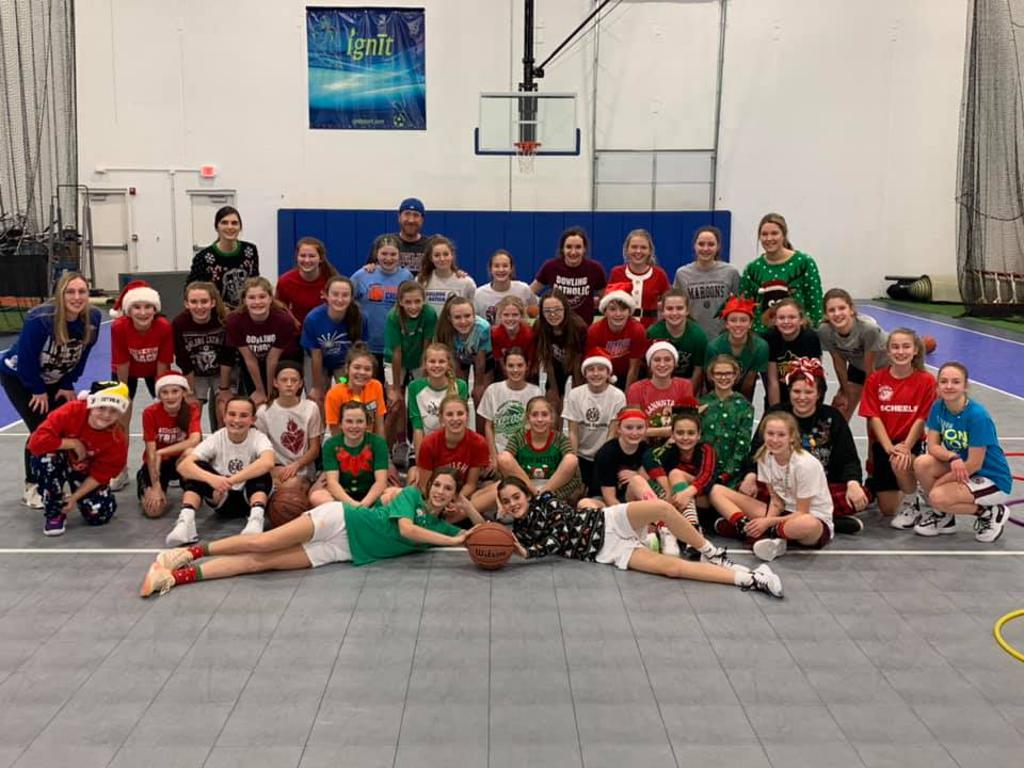 How many teams does DCBC have?
Ideally, DCBC will have two teams for each grade for 6th-8th grades (six teams total).  Actual number of teams each year could vary based on coaches and numbers of players that attend tryouts.

How are teams determined?
Teams will be created to have similarly skilled players o the same team.  The Maroon team in each grade level will enter more competitive tournaments.  DCHS basketball coaches and DCBC coaches will evaluate players at tryouts to create the Maroon and White teams.

Can my daughter try out for a grade above the one she is currently in?
Yes, with two conditions.

Will all players that attend tryouts be selected for a team?
It depends.  The goal is to have competitive teams at every level.  Depending on the number of players trying out and each player's skill level, some players may not be selected to play on a DCBC team.  Maroon teams will consist of 7-9 players and White teams will consist of 9-10 players.

Who coaches DCBC teams?
Ideally, we will have at least one hired (non-parent) coach for each team.  Depending on number of qualified applicants for our coaching positions, we may have a combination of non-parents and parent coaches.  Most likely, each team will have two coaches (either a head coach and assistant coach or co-head coaches).

What training will DCBC coaches go through?
Coaches will receive training from Coach Meyer and the DCHS girls basketball coaching staff.  DCBC teams will learn similar fundamentals and team concepts as the high school teams run.

What is the cost for the entire season?
Approximately $800-$1000 per player.  Cost includes practice facility, tournament entry fees and coaching fees (there may be an additional fee for teams that travel out of state for tournaments).  Uniform costs have been paid for through sponsorships/donations; we hope to be able to continue this benefit through ongoing sponsorships and donations.

Can my daughter play for DCBC and another club basketball team?
DCBC must be your primary basketball club